At the treatment center where I’m getting treatment for my bulimia, we just moved to a new building. This means a new art room with clean, fresh walls. So, the art therapist decided to turn one wall into a recovery wall. She is having all the patients paint a symbol that means recovery to them. The anatomical heart above is what I painted on the wall. I chose a heart because I wanted to symbolize courage and to me, courage comes from the heart. I used red to symbolize the blood pumping through your veins when you are doing something courageous. I used yellow to symbolize life because recovery is about reclaiming your life.

The picture above is what I did in art last night. I wanted to try to process a little the trauma I’ve experienced in my past. This was a HARD  piece to do. I cried throughout it, and I had to take a break at one point, but it was a good experience, very therapeutic. I used black to represent the feeling of oppression that the trauma gives me. I used the red slash marks to indicate the wounds to my body, spirit, and soul that the trauma caused. Then I wrote words that the trauma brought and things that I felt I lost because of the trauma. Next week I want to either paint something pretty over it or on the back of it to acknowledge that the trauma will always be there, but it doesn’t need to control my life or be my focus, I can still build a beautiful life for myself.

As you may have read, last night I was in a lot of pain in my side and stomach. I ended up going to the ER for it. The ran X-rays and a CT scan with contrast and labs and decided the pain was from inflammation in my abdomen, probably from all the purging I’ve  been doing lately, and from a cyst on my kidney. I’m supposed to follow up with my regular doctor for an MRI of the cyst and further treatment. However, my regular doctor is on maternity leave, so I’m going to have to see someone else. I’m not looking forward to that.

They gave my morphine at the ER to bring down the pain. It was awful. It made me dizzy and nauseous and feel like my nerves were raw. I’ve long ago realized that narcotics and I don’t get along. I just don’t handle them well. However, it did it’s job and I got some zofran for the nausea and the other symptoms passed after a bit and before long I was feeling well enough to go home. I spent, overall, about 4 and a half hours there.

I am feeling a lot better today. Still a little pain, but not like I was in last night.

I’ve been binging and purging non-stop for the last 2 weeks. It seems to have caught up to me physically. My left side and stomach (anatomical stomach, not my abdomen) hurt so much! The pain is excruciating. I just finished purging and I am doubled over in pain.

Today I find myself back in the pit of despair. I found out that a friend of mine died from her eating disorder. Everything seems so pointless. Everything feels too overwhelming. I want to hide and never be found.

I just got wonderful news! If you’ve been around a while, you may remember that a few months back I applied to volunteer at the local children’s hospital. Today I was notified they need people to go and rock their “medically fragile” babies! I have an interview on Monday to be a volunteer. I’m so excited! This is exactly what I needed. This is the perfect timing. I have something bright to look forward to. I feel happy for the first time in a week. I hope, so hope, that they let me volunteer holding the babies.

The last few days I’ve been distraught. Inconsolable. I am struggling so hard just to keep from cutting. I’ve been just crying and binging and purging and playing video games and watching the Olympics I missed while I was in California. I don’t see my psychiatrist or therapist until next week. I’m struggling just to get through the days. I keep feeling like I made the wrong decision. Today, I took a nap and I received a text message. It woke me up and at first I thought it was him. My heart leapt with joy, only to crash a moment later when I saw it wasn’t him. He hasn’t tried to reach out to me at all since I left and I feel like it means there must be something wrong with me. Or what if I really hurt him by leaving? Or both.

At random moments throughout the day things will remind me of it, and it hurts so much. My facebook feed is still filled with ads congratulating me on my engagement and offering me money of tuxes or photography packages. It feels weird not to have his ring on my finger, and the noticeable absence makes me cry. I just want it all to end. I want to sleep and not wake up. I wish school would start already so I had something productive to focus on.

Facebook reminded me yesterday that it was the one year anniversary of us being “facebook official”. Yesterday was the day I left. My heart broke again when I saw the reminder and I burst into tears, sitting at the stop waiting for the shuttle to take me to the airport.

This last week I was in California with my fiance. A few days ago, he started hitting me. At first, I tried to shake it off. But by Thursday afternoon I couldn’t anymore, and I bought the first available ticket home for Friday. Yesterday morning, I left before he woke up, sneaking out, afraid to tell him I was leaving. I left my ring on the dresser.

Sometime on my trip home, he figured out I wasn’t coming back because he blocked me from Facebook. Total travel time, between the uber, the shuttle, my delated flight, and driving home, was over 14 hours. It was a long day filled with many tears. I am heartbroken. Even though I know I made the right choice, I still love him. It still hurts to have the broken promise of a future with him. I went from having my whole future planned out to having nothing. I’m lost, alone, and wounded. I feel foolish. I feel used. I feel like I’ve done something wrong by leaving him. I’m so confused right now.

Tomorrow I see my new eating disorder therapist. While I hate starting with new therapists, my last therapist gave me the tip to write up a sheet with a brief history of my eating disorder and my treatment goals so I don’t have to rehash everything all over again, I can just answer any specific questions my new therapist may have. 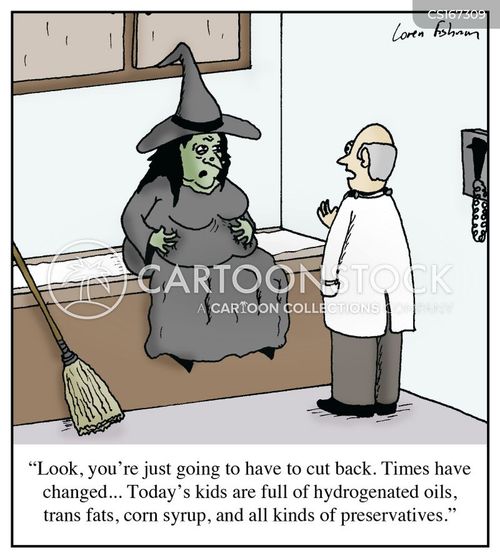 It’s day 4 of my water (and diet root beer) fast. I saw my psychiatrist this afternoon. He’s concerned about my not eating and wants me to see the nutritionist. I don’t want to see her. Partly because it’s expensive to do so. She’s not covered by insurance. Second, because she’s just going to tell me to eat and that’s going to be an expensive, pointless appointment since I have no plans to start eating again right now. He wanted to see me again after I see her, but I didn’t set up an appointment with her, and he didn’t have any appointments I could make before I fly out to California again in a couple weeks.

When I came out of my appointment, my tire was flat. Luckily, I have roadside assistance because while I know the mechanics of changing a tire, I’ve never actually done it, and it was sweltering hot. So, I waited for them to show up and change my tire, which he did very quickly. Meanwhile, I missed my appointment with my DBT therapist. I didn’t mind, though, because I wasn’t enthused about telling two people in the same day about my fast.

I’m on day one of a water fast. I haven’t decided yet how long it will be. I just need to jump start my weight loss. I have a huge bottle of water next to me to stay hydrated, and I’m distracting myself with Minecraft.