Where I talk about living with an eating disorder, and my journey through recovery.

I’m really struggling. I can’t seem to keep anything down.

I saw this on Instagram and oh, how relevant. I really struggle with water restriction as well as food restriction so it’s hard for me to get any water in at all, and I never get enough in. I was awake all night with insomnia, and I ate green beans at 4am, which I promptly purged. I’m a wreck. And I wonder why I have a migraine that won’t go away.

It’s been almost a year since I posted last. I was in school, doing my pre-reqs for nursing during most of that time. That ended mid-September. I had been deep in my eating disorder for several months and my outpatient team decided they couldn’t treat me anymore, I needed a higher level of care. By the time I went to get my medical clearance for treatment, I was severely dehydrated, anemic, had low potassium, had a Mallory Weiss tear, and my liver and kidneys were starting to fail.

Until I received the news from my medical clearance, I had thought I was impervious to complications from my eating disorder. Yes, I’ve had chronic low potassium and anemia, but I thought that was the extent to which I would be affected. To hear that my liver and kidneys were failing was a cold splash of water on my face, a cruel wakeup call.

I admitted to a local partial hospitalization program on October 4th. It’s a 7-day-a-week, 10-hour-a-day program. It’s intense and challenging. I’ve been in it for 8 weeks now and I’m making progress. Before going back to treatment I was purging up to 26 times a day. Now I’ve gone 2 weeks without purging. I will probably move to their intensive outpatient program in a couple weeks. That starts out at 7 days a week from 10-3:30, then 5 days a week, then finally 3 days. I’m both looking forward to and nervous to transition. I know slips are a normal part of recovery, but I’m so scared of falling back into my old habits. I really want recovery to stick this time.

I would write more but it’s almost 2am and I have to be up in about 4 hours so I will try to sleep now.

Thank you for reading this and I hope you have a great day.

I’ve reached the point of restriction where I become very calm. I don’t think it’s because my demons have gone away, rather I think it’s because I have too little energy to be anything other than calm, flat, emotionless, zen. I have hardly moved today. I sat on my sofa and took a final exam, then I sat on my sofa and watched Christmas movies. I haven’t even used the bathroom today because I’m severely dehydrated. I don’t think I’ve left my couch since I got up this morning. I just don’t have the energy. I frankly, I just don’t care. I don’t anticipate moving until I go to bed. I look forward to sleeping. It seems so welcoming. When I’m eating well, I hate sleeping because I have too much I want to do, too much to get done to sleep. Now, I just have Christmas movies and sleep because I have no energy for anything else. I’m ok with this. Like I said, I have reached my zen.

I was looking at my Christmas tree earlier. It has candy canes on it. I wanted to taste a candy cane. Not eat it, just taste it. But I didn’t have the energy to cross the room to get one, and I’m too afraid the sugar will digest in my mouth and I’ll consume calories by licking it. I like being completely calorie-less. Maybe I won’t go back to treatment. They want me to eat there. I don’t want to ever eat again.

I’m in treatment, but I’m struggling. I haven’t been eating outside of treatment meals, which is dinner and HS snack Monday-Thursday. Before I started treatment, I was binging and purging all day long and I went back to the EIOP to help get that under control. Well, I have for the most part. And for a week or two, I mostly followed my meal plan. But as I’ve explained to dietitians in the past, following a meal plan feels like restricting, which triggers me to restrict more and more. And that’s exactly what has happened. To the point where I’m just not eating at all outside of program.

I dream about food every time I sleep. I’ve taken to watching Food Network. Right now, they’re playing Diners, Drive-ins, and Dives back-to-back. The food looks amazing. And I know my body is hungry, but I can’t bring myself to eat. Nor do I actually feel hungry. Or maybe I do and I’m ignoring it hard enough. I’m not sure. I’m definitely not focusing on my finals the way I should be. Today I took a nap because I just kept thinking about eating but I knew I couldn’t let myself eat, so I took a nap to take up a couple hours of time where I wouldn’t have to think about it, or feel weak and in pain. I dreamed I ate all kinds of things. Luckily, I didn’t actually eat any of those things.

I can’t get warm. It’s 36 degrees outside, but I have the heat on. Even with the heat, a jacket, slippers, and gloves, I’m still cold. I’m listless. I can’t concentrate on anything. I’m so bored. Nothing sounds interesting. I just watch the food on the tv and long for what I won’t let myself have. What I can’t have. What I don’t deserve. I want it all. All at one time. And that scares me. And now I’m just rambling.

At the treatment center where I’m getting treatment for my bulimia, we just moved to a new building. This means a new art room with clean, fresh walls. So, the art therapist decided to turn one wall into a recovery wall. She is having all the patients paint a symbol that means recovery to them. The anatomical heart above is what I painted on the wall. I chose a heart because I wanted to symbolize courage and to me, courage comes from the heart. I used red to symbolize the blood pumping through your veins when you are doing something courageous. I used yellow to symbolize life because recovery is about reclaiming your life.

The picture above is what I did in art last night. I wanted to try to process a little the trauma I’ve experienced in my past. This was a HARD  piece to do. I cried throughout it, and I had to take a break at one point, but it was a good experience, very therapeutic. I used black to represent the feeling of oppression that the trauma gives me. I used the red slash marks to indicate the wounds to my body, spirit, and soul that the trauma caused. Then I wrote words that the trauma brought and things that I felt I lost because of the trauma. Next week I want to either paint something pretty over it or on the back of it to acknowledge that the trauma will always be there, but it doesn’t need to control my life or be my focus, I can still build a beautiful life for myself.

This morning I got my medical clearance for the EIOP. It took over 3 hours. I got prodded, poked 6 times, an EKG, gave urine, and eventually sent out to a lab to get the rest of my blood because they couldn’t get it at my doctor’s office.

Today is also my ex-fiance’s birthday. I’m not handling the day well. I’ve been in tears a lot throughout the day.

I’ve been gone ALL DAY (I had my DBT group after my medical clearance) so I haven’t binged and purged today. I also haven’t taken any laxatives today, so I’m feeling a lot better physically. However, with the emotional distress I’m in right now, I will probably be binging and purging the rest of the night. Especially since I’m alone tonight. I just need to get out of my head.

I took too many laxatives this morning and I am dying. Not literally, thankfully. Unfortunately?

My stomach is cramping like crazy, I’m nauseous and vomiting, and I’ve shat myself, which is completely unpleasant.  All I can do is lie here, close to the bathroom, and writhe in pain.  At least I’m not binging and purging… 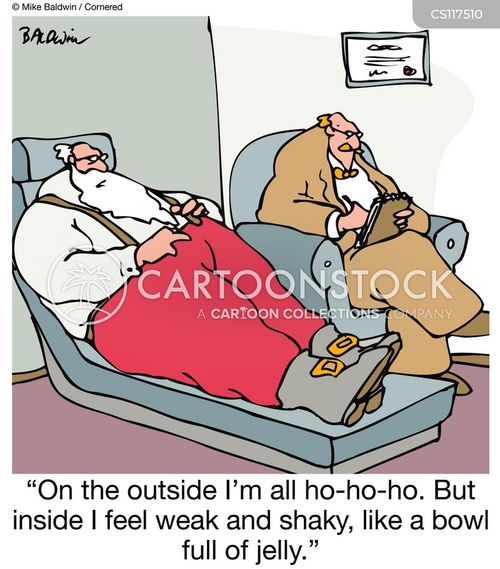 As you may have read, last night I was in a lot of pain in my side and stomach. I ended up going to the ER for it. The ran X-rays and a CT scan with contrast and labs and decided the pain was from inflammation in my abdomen, probably from all the purging I’ve  been doing lately, and from a cyst on my kidney. I’m supposed to follow up with my regular doctor for an MRI of the cyst and further treatment. However, my regular doctor is on maternity leave, so I’m going to have to see someone else. I’m not looking forward to that.

They gave my morphine at the ER to bring down the pain. It was awful. It made me dizzy and nauseous and feel like my nerves were raw. I’ve long ago realized that narcotics and I don’t get along. I just don’t handle them well. However, it did it’s job and I got some zofran for the nausea and the other symptoms passed after a bit and before long I was feeling well enough to go home. I spent, overall, about 4 and a half hours there.

I am feeling a lot better today. Still a little pain, but not like I was in last night.