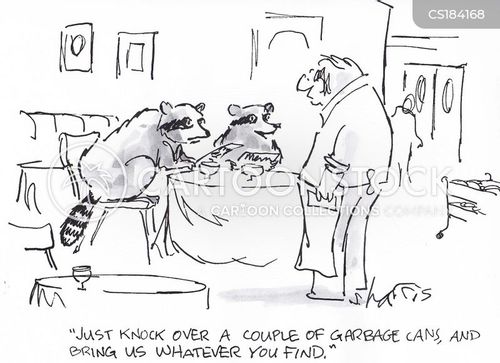 Remember how I threw out ALL my food? Yeah, well, I wanted to binge and purge, so I took food out of the trash and ate it. Because, you know, bulimia makes you do crazy things like eating food out of your trash can. I should have sabotaged it, like pouring soap over it or something so it was inedible. I did sabotage the rest of it afterward, but by then I had already binged and purged on a bunch of food from my trash. There’s nothing like eating food from your trash can to make you feel really crazy and desperate.

Sometimes I see things like luggage or boxes or other inanimate objects and I feel intense jealousy toward them because I know they weigh less than I do. I resent them.

It’s dark and I’m barefoot. I’m sitting on the front step of my brothers apartment crying, wishing to die, wanting to claw my skin off. I stand to leave, knowing they won’t notice. I walk away from their apartment in tears with no plan in mind. I just need to get away. Away from myself. I walk and walk, the tears blurring my vision. I walk past the liquor store they frequent. I walk past the dollar store. I need to DO something. I see the brick pillars in front of the stores and I start hitting my arms against them, trying to produce bruises. I continue walking, the crying is now sobbing. I get a text from my mom. “Are you ok?” I respond, “No.” I explain that I’m walking around barefoot, sobbing, suicidal. She asks where I am. I say near a specific bus stop. She says to go there and stay. I do.

Shorty thereafter, my brother arrives. He sits next to me and wraps his arms around me. I lean into him and cry. We sit like this for I don’t know how long. Then, he quietly asks if I want to go home. I say yes. He stands and grabs my hand. He leads me home. The ground I was too distraught to feel earlier I feel acutely now with my bare feet so the walk it slow, but he just silently guides me home.

When we arrive home, he puts me to bed in his bed and closes the door. I feel alone, closed off, but safe. I cry myself to sleep.

When I was talking to the eating disorder center’s intake coordinator last week, she suggested I get evaluated for bipolor disorder based on my answers to some of her questions.

I had an appointment with my psychiatrist today, so I planned to bring it up.

I didn’t have to. She brought it up first. She recommended a diagnosis of bipolar 2 and prescribed a mood stabilizer for me. She told me that it’s common for people with bipolar to get worse, or even suicidal, on antidepressants.

After I had time to process it, I felt both a sense of relief and hope and of frustration and anger. I feel relieved and hopeful because I feel like so many questions I had about myself have been answered and I have a plan of action that could actually help. I feel anger and frustration because I have been telling doctors and mental health professionals for years that antidepressants make me worse and suicidal and they always just brushed me off like I was crazy and then prescribed a new antidepressant, then acted like I had done something wrong when I proceeded to get worse.

I told my mom this afternoon and she started crying. I thought she was upset about the diagnosis, but when I asked her about it, she said it was relief. She told me she’s never been so relieved about bad news before.

I’m unsure whether to tell anyone else. I told a close friend, but I don’t know whether I’ll tell other friends, or my siblings. Still thinking on this. Thoughts?

“I want to cut my fingers off.”

“I don’t deserve to have fingers.”

I have realized that the one place where I feel truly sane is inside the walls of the psych ward.

I looked around at the other patients and thought to myself, “I’m not like them.”

I remembered this thought today while I was purging and thinking, “I’m not really bulimic.” (I’ll explain that one on another post.)

I think I have a denial problem.

But seriously, sitting in the hallway yesterday waiting to be released and watching some of the other patients, I felt very, very sane. I don’t know how to describe the feeling.

I’ve also come to realize that, when I want/need to, and I don’t have evidence contradicting me, I’m very good at convincing others that I’m sane, intelligent, wise, collected, a great leader, so on and so forth.

And yet, when I’m home, I feel anything but.

I tried using a potato peeler to cut my skin off earlier in the week. I’ve considered cutting the fat from my body, I’ve tried stabbing myself. I’ve thought of jumping from buildings and bridges, walking in front of moving cars, and tried various ways to kill myself.

I thought repeatedly of putting a sharp knife down my throat last week to prevent myself from eating or binging and purging. I frequently have visions of being mutilated or killed. My mind is filled with horrible images I am afraid to tell others.

I live in chaos.

I hide it well.

I so often feel legitimately insane.

Until I went to the psych ward. Then I felt sane. Oh, so sane.