I opened the drawer by my bed and this was the first thing I saw.

Also, I should probably get rid of some of these…

I hate me. I was overcome with self-hatred tonight. I hate that I’m a giant blob of fat and I am disgusting and revolting nothing I do changes that.

When your biggest worry is to spend the last of your money on food to binge and purge, or vodka to get drunk.

My dad insisted on taking me to lunch beforehand. We finished right before my appointment, so we rushed over to the address I had written down.

When I arrived, I was completely panicked  and the wait in the lobby was torturous. I slipped into the women’s restroom and purged.

After what felt like hours fidgeting in the waiting room, I was called back for vitals. I wasn’t aware they were going to take my vitals. My panic rose. Had I known I would be weighed, I never would have eaten lunch.

He asked about all my past treatment, about all my self-harm and suicide attempts, about every medication I’ve ever been prescribed, about things I’ve never even thought about.

He wants me back in treatment. Or, in his words, “long-term counseling with a treatment team”.

Last night, I was hanging out with my ex. We’ve maintained our friendship for the last year.

I don’t know what was different about last night, but he called me sweetie and we kissed.

And we more than kissed.

Then it happened. Before I realized it had happened, we went further than I was comfortable with. I suddenly found myself overwhelmed and scared. I didn’t know how to respond.

As I type this, I can see and hear all the people who tell you to “just say no” but it’s so much harder to do when you’re in the situation and you’re panicked and confused. I didn’t feel capable of stopping it. I felt trapped.

He didn’t know. He thought everything was fine. I disassociated and played the part. Why? I don’t know… I guess because that’s what I’m used to. That’s what I was trained to do.

Afterward, I wanted to die. I wanted to take out blade and cut into the vein on my wrist. Instead I lay there and cried silently into the pillow.

This morning, he was all smiles. He greeted me cheerily and kissed me. I was revolted. I think then he could tell something was wrong. He invited me to come shower with him. I declined. He left shortly after, and I haven’t heard from him since.

I woke up repeating to myself, “I hate you, I hate you.” I keep finding it playing on repeat in the back of my mind. I’ve been near tears all day.

I don’t know where to go from here.

I deserve to die.

That’s one of my least favorite questions to answer. 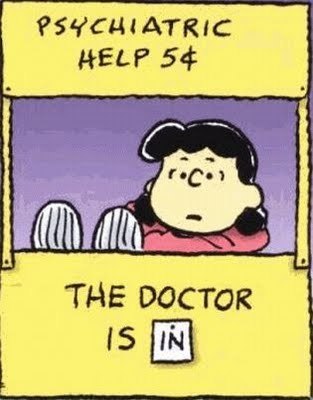 I saw my doctor this morning. She agrees that I need to stop the effexor. I’m supposed to taper off of it over the next two weeks, then go back in to talk about new fibro med options.

She also wants me to see a psychiatrist to find something for my depression and anxiety that doesn’t also make me crazy and suicidal. I have an appointment for next week.

I haven’t been sleeping much, and the large amount of laxatives I’ve been taking have me perpetually nauseous. I’m not looking forward to stopping my effexor and having my pain levels go way up again. Hopefully we can find an effective replacement quickly.

I think my fibromyalgia meds are messing with my head. This medication is also a depression med, and I don’t always react well to those. The last couple weeks since being on it have been hard mentally and emotionally. I’m back to the extreme self-loathing I was having a few months ago when I was on it before. Back to wanting to peal my skin off. Back trying to stab myself.

Last night, I hadn’t slept in a couple nights and I was really struggling. I started wondering about taking rat poison. Not to “harm” myself, exactly, but to make myself sick and unable to eat. I googled what rat poison does when ingested and I looked it up on Amazon to find the price.

I was so close to buying some. So close.

I also tried (for probably the 20th time) to find a place to buy tapeworm eggs online. I still can’t find anything, unless I go to Mexico. *sigh*

I see my doctor on Thursday. I plan to let her know that I think this med is bad for me. I’ll update you after.

And now for today’s manicure: