Last night was miserable. I get these nights sometimes where my mind races with thoughts and I can’t lie still no matter how hard I try. Last night was one of these nights. I was frenetic, in both mind and body. After the first few hours, my body was tired from the constant, rapid moving/shaking/fidgeting and my mind was tired from the deluge of thoughts and lack of sleep, and still I couldn’t stop either.

I finally reached a point where I was determined to sleep. I would make myself relax if it was the last thing I did.

Would you like to take a guess as to how well that worked?

I have a feeling that before too long, I’ll be falling asleep and I’ll end up taking a nap. Because why would my body want to sleep when it’s supposed to when it can sleep whenever the hell it feels like it at the most inconvenient times?

I’ve been told that when you don’t get enough sleep, or don’t get good sleep, your metabolism slows. I really don’t need mine to slow down any more than it already is because I’m pretty sure it’s nearly zero as is.

Anyway, if I can stay awake today, I want to do something special as a sort of “last day of freedom” celebration/going away party?

At the very least, I need to keep myself occupied because thinking about tomorrow makes me sick to my stomach and I wonder for the hundredth time why I agreed to this and why I thought this was a good idea.

Tomorrow: public weigh-in, eating around strangers, and who knows what other horrors.

I’m going to go play Zelda or something.

I came to a realization tonight as I inhaled a large pizza, cheesy bread sticks, and a whole 2 liter of soda.

I should stop trying to restrict. I’m too bulimic for anorexia.

I just purged and I feel better than I’ve felt all day, both physically and emotionally.

As much as food might scare the hell out of me, and as much as I hate to eat around others, no one can deny that food has a strong hold over me. I love it and I hate it.

And let’s not even get started on purging. I love to purge. I can’t tell you why because I don’t know. I don’t even need to eat, sometimes I just drink water so I can bring it back up.

Unfortunately, bulimia isn’t a very effective means of weight loss for me. Nor for most people I know with bulimia.

Below is a picture some will find disturbing and others will find triggering. Be warned.

This is what I crave. Why? I’m not sure.

Perhaps I should resign myself to being bulimic. Perhaps I should accept that I am not going to look like the person in the picture above. And perhaps that’s a good thing. But it feels like a failure on my part.

So I sit here, feeling my post-purge elation, feeling really for the first time today, and I realize that binging and purging is the only thing that brings me out of my crippling apathy at the moment.

I spent the entire day lying in bed and lounging on the sofa trying not to eat, too listless and apathetic to do anything, too flat to try to find enjoyment from anything.

Until I finally caved. And then I felt again. And then I came alive again. Although I hate myself for eating, hate is better than apathy. Apathy gets me in trouble. When I’m apathetic I start making horrible, terrible, self-destructive decisions.

Plus, along with self-hatred, I feel probably as close to happiness as I’ve felt in a while.

So there you have it. I’m just far too bulimic to go back to anorexia. 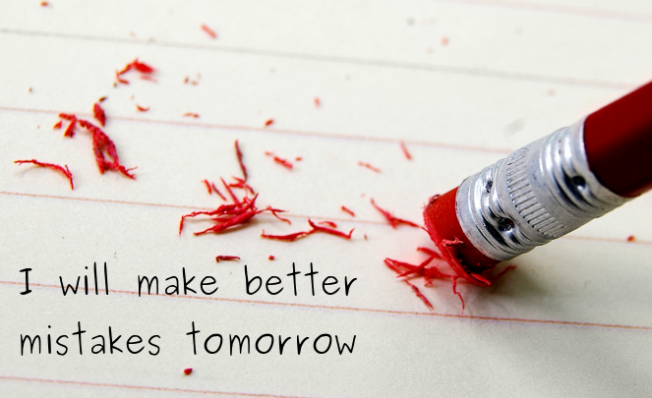 I rarely drink. There are a few reasons for this. First of all, I live with my parents and they don’t like alcohol. Second, I don’t like most alcohol. Third, and most importantly, I am poor and alcohol is not cheap and if I’m going to spend money I don’t have one something I shouldn’t be buying, it’ll be on binge food because bulimia.

However, in the mail today I received a box of free wine. Not a lot, but enough.

So I drank wine.

It was horrendous and vile and I can’t understand why people would want to drink it, but tonight it was either drink or cut, so I chose the one I considered more socially acceptable. Also the one that doesn’t leave external scars.

It hit me very fast. I don’t know if it’s because I never drink wine or because I hadn’t kept any food down today, but you wouldn’t find me complaining.

My brother’s girlfriend basically lives here and, while I like her, I find it hard to eat or relax when she’s here. It was nice to have some wine and relax and just feel nice. I didn’t eat, but it’s only midnight-thirty, so there’s still time. I just can’t decide whether I want to or not.

I want to purge, but I don’t technically have to eat for that. Plus, I know if I decide to eat something, I’m going to want to eat EVERYTHING.

Indecisive me is indecisive.

On another note, I only have 2 days before I start treatment (not including however long I stay up tonight). I go back and forth between actively ignoring it and freaking out at the thought of it.

Now that the wine is wearing off, I might end up cutting anyway. Because if you’re going to self-destruct, you might as well go all out, right?

This is how I feel right now.

All this week I’ve had one meal a day, which I promptly purged. Today, I had two meals. My dad bought me dinner and I felt obligated to eat it. I just purged the second meal. After purging, I just didn’t feel satisfied, so I drank a glass of water and purged again. I did this until I saw blood.

Then I felt satisfied.

Why? I have no idea.

It’s probably a good thing that I start intensive outpatient treatment on Monday. I am NOT looking forward to it. I know I need it, but I’m slightly terrified and a lot just not looking forward to all that treatment entails. This isn’t my first time in treatment, I know it’s hard work. I know that a lot of it sucks. I know that after the last time, I thought it was totally worth it. However, so much of me still doesn’t want to give this up. I don’t want to face what I need to face, I don’t want to put in the hard work I know will be required to recover.

I tried stabbing myself earlier this week. I learned that it is a lot harder, psychologically, than I realized to stab oneself. I tried and tried but I couldn’t get my arm to apply enough pressure to actually stab myself. I tried about 35 times. I have little nicks and cuts all over my stomach, but no stab wounds.

I wasn’t suicidal. I wasn’t trying to end my life. I just hated myself and hated my stupid, fat stomach and my loathing made me feel the need to stab my stomach.

So anyway, I’m sitting here all bundled up, cold, sore, my chest and rib muscles ache from purging, my throat raw, dizzy, no energy, planning my one allowed meal for tomorrow and wishing I wasn’t starting the eating disorder treatment program next week, yet relieved that I am.